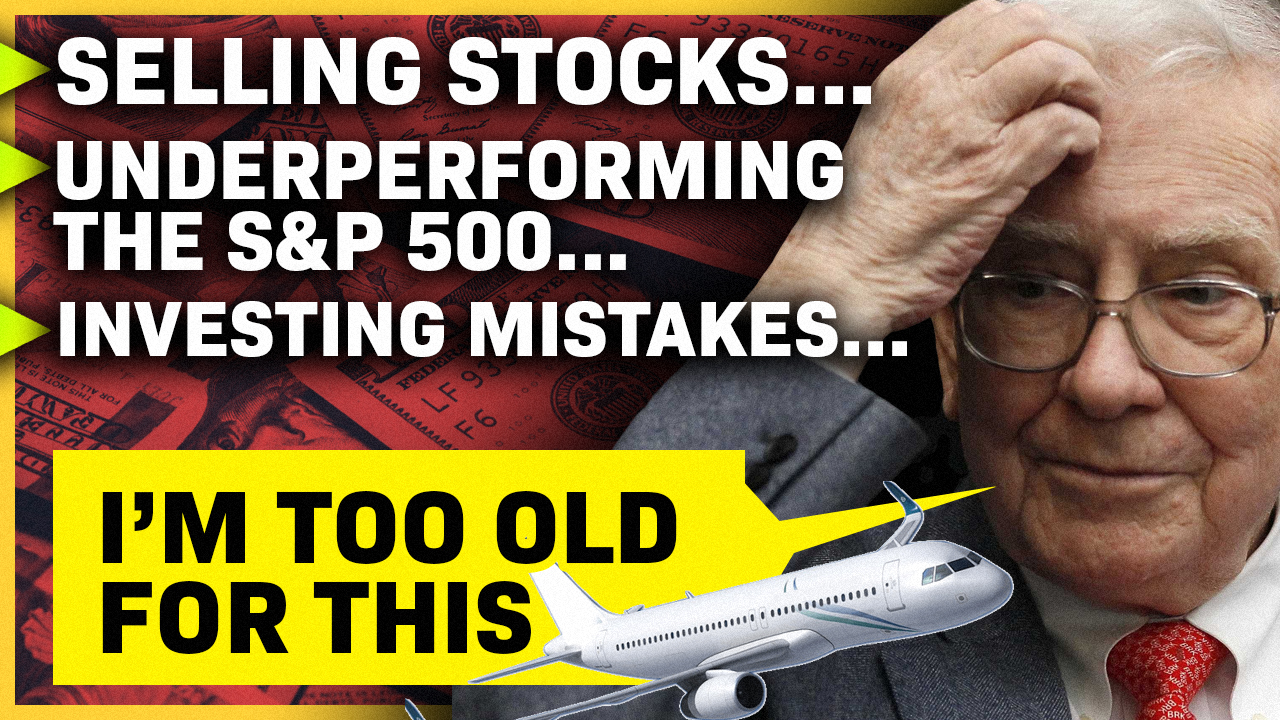 Berkshire vs S&P 500 – BRK is Better (Quality over Quantity)

I’ve read many comments about Buffett being old, making a terrible mistake with airlines and the headlines were all about Berkshire’s (BRK.A) (BRK.B) $50 billion quarterly loss.

Consequently BRK significantly under performed the S&P 500 (SPY) over the last few weeks.

Despite the above, I am going to argue how BRK is a better investment vehicle than index funds and how it will continue to outperform over the long term, as it did in the past.

There are three key components within my argument:

– BRK is made for compounding equity, the core of investing.

– Mistakes are normal and the $4 billion lost with airlines is just a drop in an ocean. A risk worth taking given the upside successful investments create.

– BRK is a financial fortress which limits risk, another investing core. If Buffett would spend the available cash on buybacks, like many other companies do, BRK’s stock price would skyrocket and make all performance comparisons futile.

Berkshire stock is made for compounding

When it comes to investing, it is all about compounding. You compound by allowing the businesses you own to reinvest the earnings at a high return or by reinvesting the cash you receive in the form of dividends in order to create new streams of cash flows.

The compounding effect is reflected in the equity increases over time. BRK’s shareholder equity went from $91 billion in 2005 to the current level of $375 billion for an average yearly compounding rate of 10%.

The S&P 500 index has seen its book value grow from 453 to 914 (points equivalent) over the same period for a growth rate of 4.7%. If we add the average dividend of 2%, the index has compounded shareholders’ wealth at a yearly rate of 6.7% over the last 15 years.

Compounding is what investing is all about as in the long-term stock prices will reflect the underlying performance of the business. For me, a business that quadruples shareholders’ equity is better than one that ‘just’ doubles it. Given the current fundamentals, it is likely the same will happen in the next decade.

BRK’s real business earnings in 2019 were $31.6 billion. Thus, on a market capitalization of $421 billion, the company created a return of 7.5% for shareholders.

So, even in 2019, which was a great year for both BRK and the S&P 500, BRK created more value for shareholders from an equity/valuation perspective. Therefore, I believe BRK will continue to compound at a faster rate than the S&P 500 index.

However, investing is not only about reward, it is actually firstly about risk.

Berkshire is a low risk investment

BRK achieved the above performance while always being a financial fortress with huge amounts of cash.

BRK’s cash pile has been higher than $120 billion for years now – Source: MTI

On the contrary, most S&P 500 companies spent as much as they could on buybacks.

If BRK would spend $100 billion on buybacks, I don’t think there would ever be a debate about how Buffett under performed the S&P 500 because BRK would skyrocket. However, Buffett will not do that because he is not about short term performance, he is about long-term investing. Therefore, even if BRK didn’t outperform the index from a stock price perspective over the last years, from an investing risk and reward perspective, BRK’s returns are far better.

Buffett invested in airlines during their 2017 stock rout. He put approximately $2 billion into each of the 4 largest US airlines. He probably got out something around $5 billion when we include the dividends received since.

On average the positions are down 50%, if I add a bit of dividends, the loss for Buffett should be between $3 and $4 billion. On total shareholders equity of $375 billion that is approximately just 1%.

This is also what investing is, in his 2007 letter to shareholders, Buffett clearly described the risks of investing in airlines.

Buffett’s explanation of the risk of investing in airlines – Source: BRK letter to shareholders 2007

Further, he was so prescient to also say how he will likely make many more investing mistakes. Talking about forbidden fruits.

Why am I saying the above investment mistake is irrelevant? Well, because investing is about making mistakes. We, as investors, always try to find those businesses that will compound our capital into eternity. To find them, it is acceptable to make a few mistakes here and there.

The following table I made explains how even if you make 6 mistakes out of 10 investments, you will likely end up on a positive note, because just 3 really good investments out of the 10, will likely make up for the 6 mistakes.

Buffett is playing the same game. He knows that some investments will be mistakes, but also that others will make up for the mistakes. After all, by investing, you can only lose what you put in while the upside is unlimited.

If you are a value investor like me, then you focus on earnings, valuations, a margin of safety, the quality of the business and you try to keep a holistic perspective on each investment. A long-term holistic perspective on BRK tells us that it will continue to compound for a long-term and how it provides something few others do, a margin of safety in the form of $120 billion in cash.

As investing is personal, see how BRK as financial fortress, that will likely deliver a high single digit return over the long-term with low risk, fits your portfolio and your financial goals.

If you prefer watching or listening, please enjoy my video discussing the above and more.