Stock Market News – The FED, Interest Rates and How to Invest

The news this week was all about the FED as the FED’s chairman made a speech and their meeting minutes came out on Wednesday. The market reacted extremely positively to the news and new rhetoric. 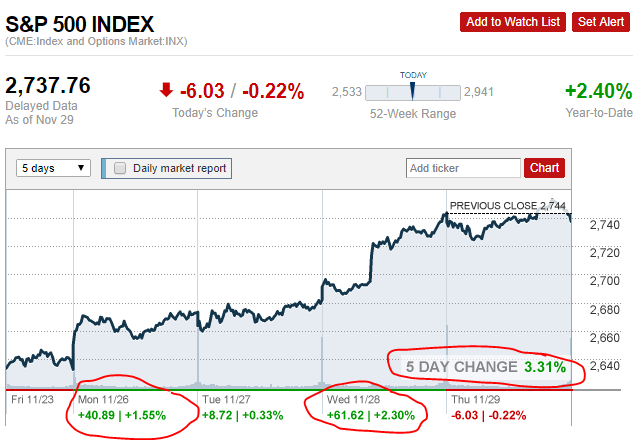 Something very important it that we have to always do is to differentiate between the FED’s rhetoric and what they will actually do. As we have seen this week, what the FED says has a big impact on markets and changes the economic environment.

So, the FED must be very careful about what and when it says something. Let’s give a quick overview of what has been said and what has been done and then discuss and explain the implications of it.

we’re a long way from neutral at this point, probably.

This week he said this:

And this is very important for asset values and the economy! Let me explain:

Everything starts in the economy based on where interest rates are. 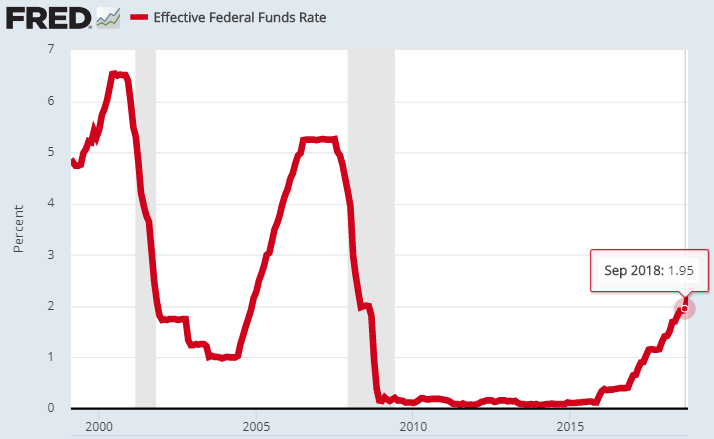 Why is this so important for the economy and asset prices? Well, first about the economy. People have unfortunately already a lot of debt, be it student debt, mortgages, car loans or credit card loans. Now, if interest rates go up, debt becomes more expensive and consequently interest payments rise and there is less money available for spending.

For example, I have plotted the 30-year mortgage interest rate against the FED’s funds rate. 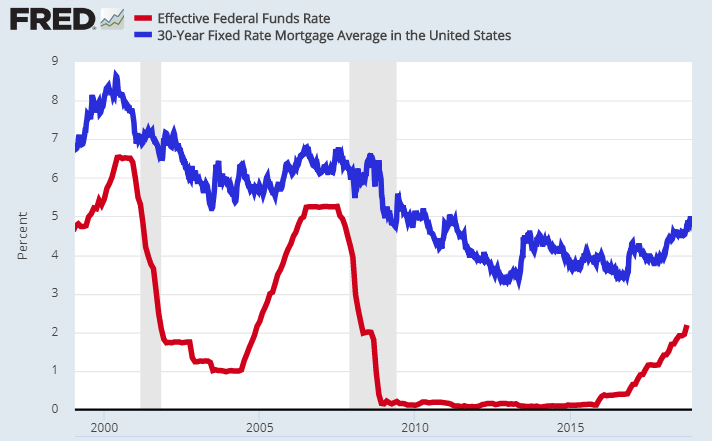 You can see how if follows the FED’s rate but what is important is that since the FED started increasing rates, the 30-years mortgage rate went from 3.5% to the current 5%. This means that the cost of a mortgage increased 42% which is huge.

The following chart shows how closely correlated those things are. 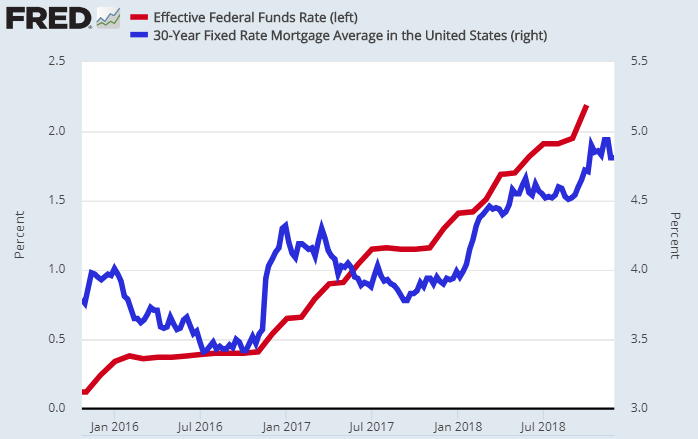 Now, why are Powell’s words so important. Because he now said the neutral rate will be closer to the current level of 2% than what was previously expected, closer to 4%. That 2% difference in the normal rate, makes the difference between a 5% mortgage and a 7% mortgage which is an enormous deal as people have more money to spend elsewhere and the economy doesn’t suffer.

Why did Powell change his rhetoric? Economic data

A look at the FED’s minutes show how they are watching what is going on and allowing for flexibility. 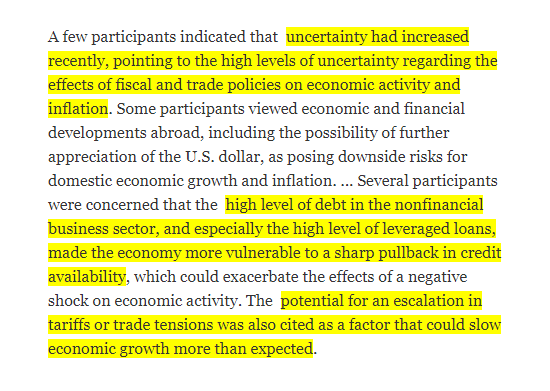 The last economic date has been showing weakness signals and therefore the FED changed their rhetoric not to lead the economy into a recession immediately as they usually did in the past. To say it again, when the FED increased rates, usually a recession followed.

Home prices have slowed down in growth. 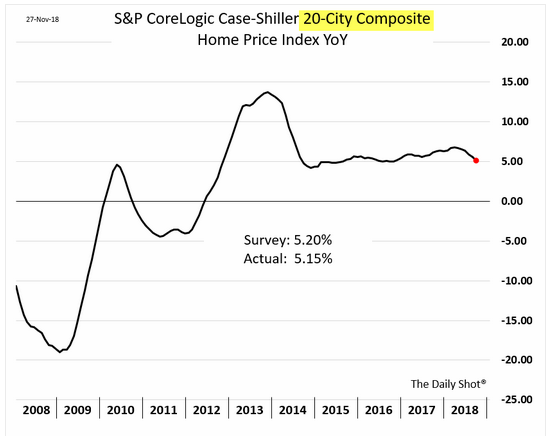 Why is this so important, because the economy is based on debt and asset prices going up, a decline in home prices would quickly lead to a 2009 situation.

But, perhaps the most significant information related to the economy is the following.

GM is cutting jobs in order to prepare for a slowdown in the cycle. You can do whatever you want but you can’t fight market cycles. 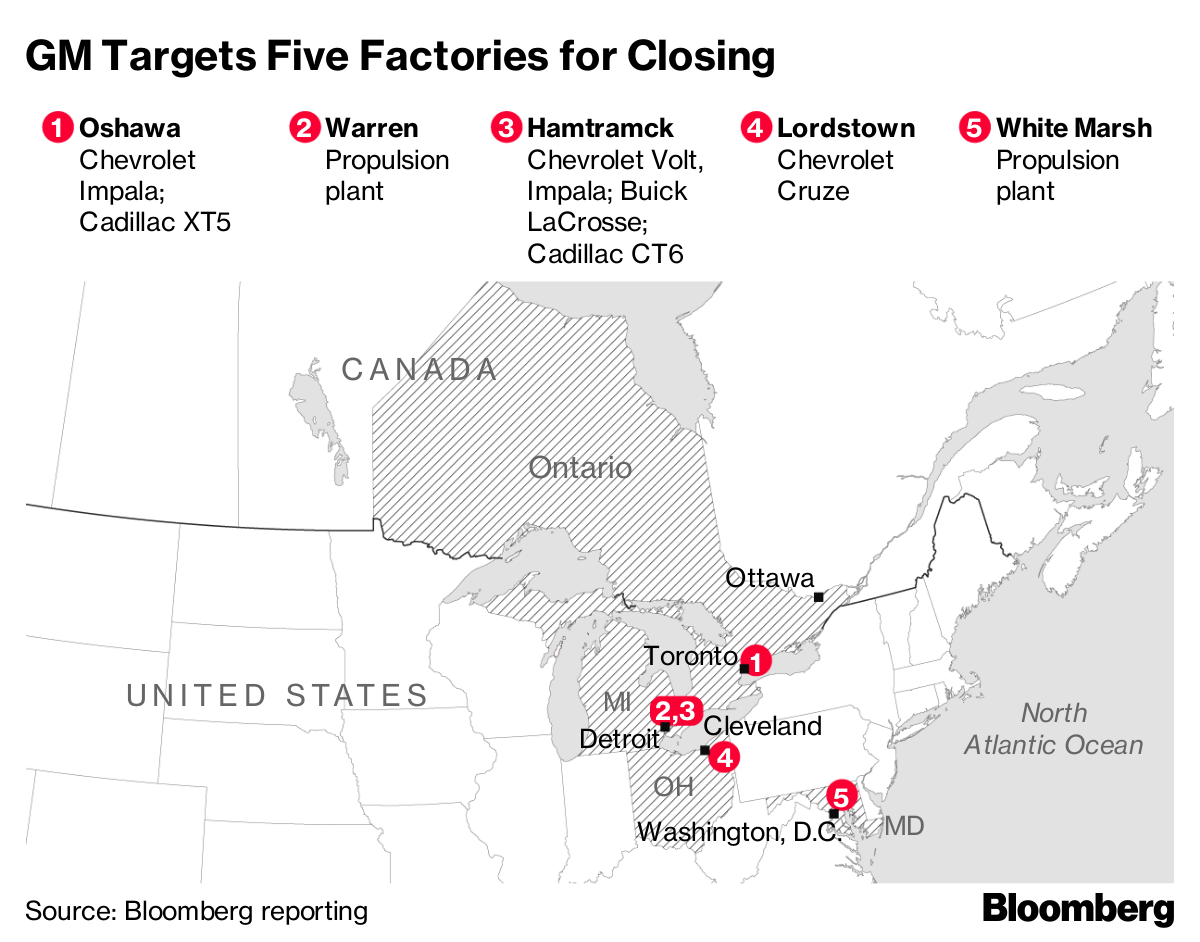 Even the extremely bullish IMF downgraded its global outlook. 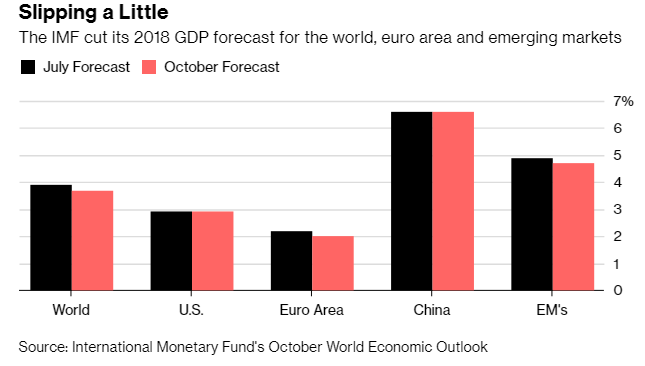 Also, something that summarizes an economy, are business equipment orders, not growing despite the tax cuts and stimulus. 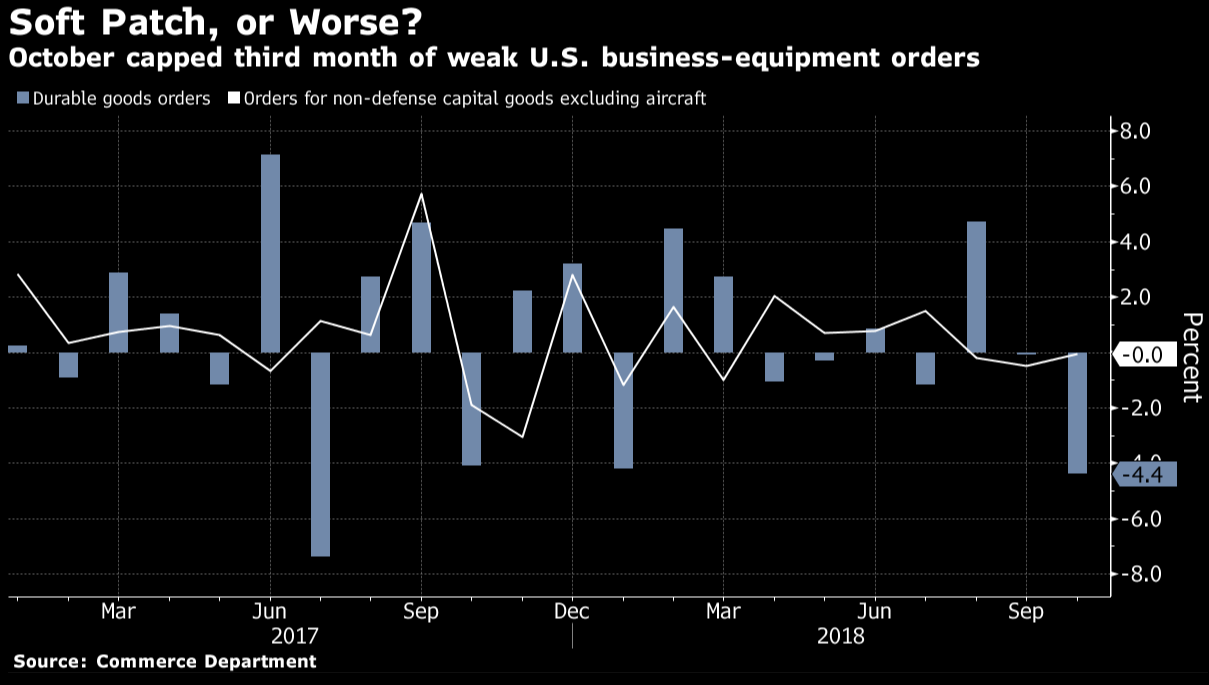 How to invest in this environment?

Now, with everybody yelling that the FED will start the next recession, the FED is changing its policy to not be the one starting a new recession, what happen in the past will not be the next trigger, it is always something new.

Nevertheless, by lowering the normal rate, the FED is going along with the populist policies across the globe as you cannot be the only idiot tightening. So, things will be going along as they are going until they stop going and currencies go to hell. Be careful when owning bonds and business that cannot transfer price increases to customers and business that are alive just because of low interest rates.

For example, car manufacturers in Europe that can borrow at 0%:-)

I am investing in commodities, good businesses that will survive cycles and inflation.

It is clear that it is so dependent on stimulus, both fiscal and monetary and that is how it is. One day, the FED and politicians will lose control because they are not allowing for a natural cyclical economy A recession is good as it eradicates the bad. However, bankruptcies are at historical lows. 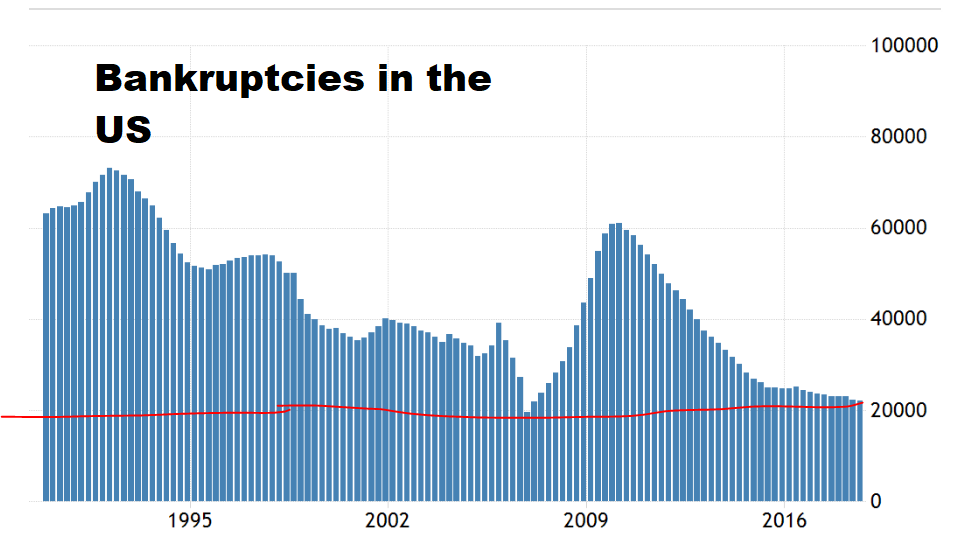 Lower interest rates will make it easier to pay off debt, but we are just postponing the inevitable and making it harder down the road. One day, inflation will knock on our doors, be ready, be hedged and have a long-term mortgage again if the opportunity knocks with a 3.5% 30 year mortgage.

Keep reading, we will simply continue with what we do on this blog, looking for great businesses that are going to do well no matter what happens in the economy and we are going to look for value across the globe and buy when we find it but we will always keep in mind the risks out there.