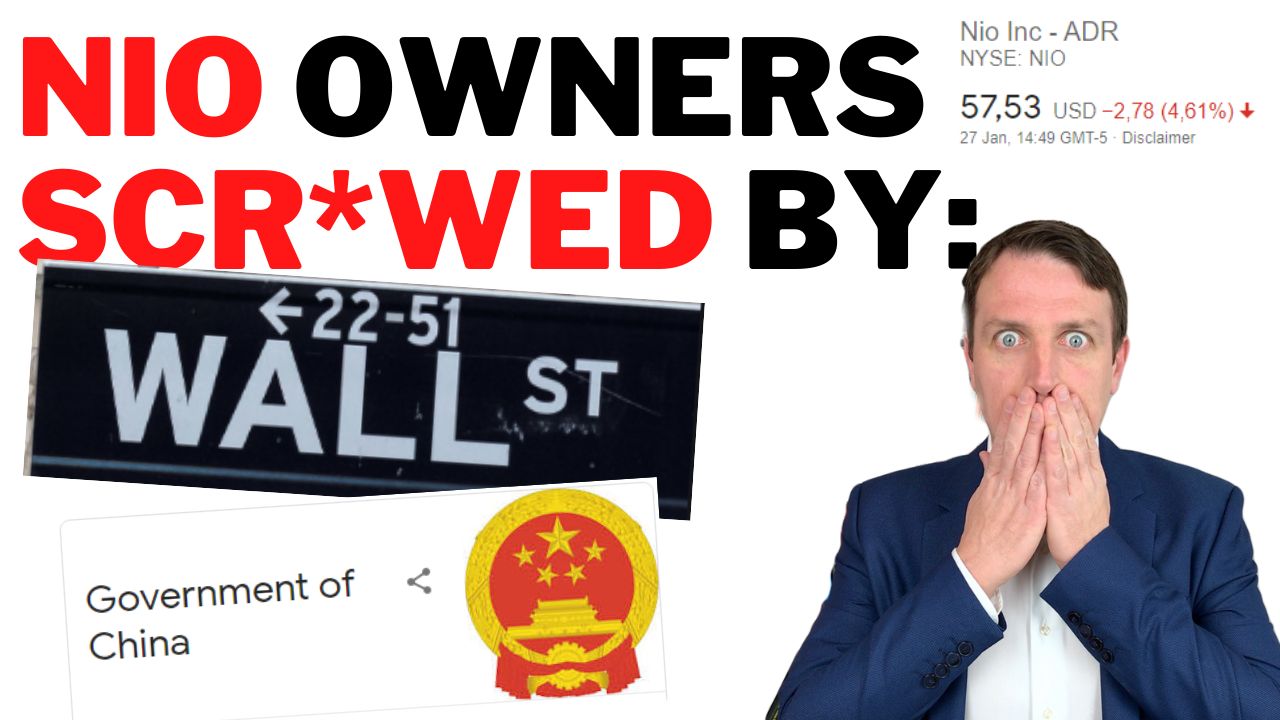 I am looking at emerging markets to find fairly priced value investments as average valuations are lower there than in the US or other developed markets.

NIO is the 8th largest holding on the emerging market ETF and I took a look. Unfortunately, I haven’t found anything that would even give a glimpse of value or justify the current market capitalization and I’ll shortly share the key risks I individuated when analyzing NIO. For the full analysis including the bull and bear thesis, a bit of George Carlin style sarcasm, you can enjoy my NIO stock video.

On average, analysts are bullish on new Chinese EV players and consequently also bullish about NIO. On Seekingalpha, investment bank analysts are even more bullish than independent analysts.

I found it very surprising that investment bank analysts are bullish on a company that was bailed out by the Chinese government not even a year ago (more about that in RISK 2), that sold just 43,728 vehicles in 2020, burned $7.5 billion since inception, will keep burning much more cash over the coming years, is operating in a highly cyclical, cut throat margin industry heavily depending on fast changing customer preferences and on top of it all has a market capitalization of $90 billion. That is $2,058,177 per car sold in 2020.

Well, I quickly found the reason for Wall Street’s bullishness. In a recent interview, Jeremy Grantham said how Wall Street has absolutely no incentive to stop bubbles because: “you make money by keeping the bubble going”.

A look at the figure below will tell you why Wall Street analysts will likely keep pumping NIO stock.

This tells me that analysts don’t look at fundamentals as their incentive lies elsewhere. As Charlie Munger says in his Almanack; to know with whom you are dealing with, always reverse engineer his incentives first.

For me, the clear incentive analysts have to be bullish, creates a long-term risk as few are focused on the fundamentals the therefore the market’s perception gets distorted.

The thing is that all the assets of NIO in China were transferred to a new company called NIO China. Of which NIO, the thing you own, got 75.88% while the other strategic investors 24.115%.

Since then, NIO has invested further into NIO China and the distribution of ownership is now 86.5% for NIO while other investors still have time to decide whether to increase their share of ownership.

Now, as NIO China, that holds all the key assets, is likely going to continue to burn cash for the next 5 to 10 years as it grows, I wonder whether the other investors, i.e. the government of China, will fund NIO China at their own terms or they will respect NIO’s valuation on the US stock market?

As this is a long term RMB financing agreement NIO made with the government, I would say NIO sold its soul to the devil and there is a big risk that US traded NIO shareholders might be regarded as secondary and get the short end of the deal.

I’ve been analyzing Chinese businesses for a while now, did really good with some, got burnt on others. But my general feeling regarding Chinese stocks now is that there where is smoke, there is also usually a fire. Perhaps it is just a small fire now, but given the current valuation and the initial stages of NIO’s business development, the risks are simply to big to justify the valuation.

Talking about NIO’s founder, in 2015 I have analyzed his former company Bitauto and figured how despite the stock price decline of 70%, it is still overpriced.

What is often the case with Chinese companies going public in the US is that those enjoy a period of exuberance when family members and friends sell their stakes, and then the market forgets about the stock and goes private again as investors start to focus on the real fundamentals while the promises are often broken.

Bitauto did exactly that, it had been a public company for mor than 10 years, only to go private at a similar price that it went public.

Further, during the first Bitcoin craze in 2017, in 90% of the conference calls I listened from Chinese companies traded in the US, blockchain was mentioned as a great way to improve business. Fast forward 3 years, few mention blockchain, but most now mention EV related adventures. Is it because it is such a profitable industry or you can easily smooch a few billions from naïve US investors hoping to be exposed to the booming EV market in China.

Given the NIO and the complexity created by the NIO China issue, the fact that the company will not be profitable soon and that NIO China will need significant capital injections in the future, I feel that the market might get quickly bored with NIO, especially if there are more ownership shenanigans with different rights for different shareholders (given the partner it is very likely there will be more) and we could see the stock sharply decline over time and then go private again at much lower valuations that the current one.

In the meantime, NIO gets billions out of US markets through capital rising rounds that all fits well the Chinese agreement – Chinese NIO shareholders get rich by selling shares, US dollars fund the building of factories, production, technology development and jobs in China, all leading to the increasing of the wellbeing and power of the People’s Republic of China at the cost of US shareholders.

There are plenty more risks regarding NIO, from the fact that it is an automotive company operating in a very cyclical industry, that the competition is extremely fierce and everybody wants to make EVs these days to the fact that the company spends $100,000 to make a car and sells it for $50,000.

So, anyways, I will stay away from NIO.

If you like this risk first, promises last, approach to investing, please consider subscribing to my YouTube channel or my newsletter.