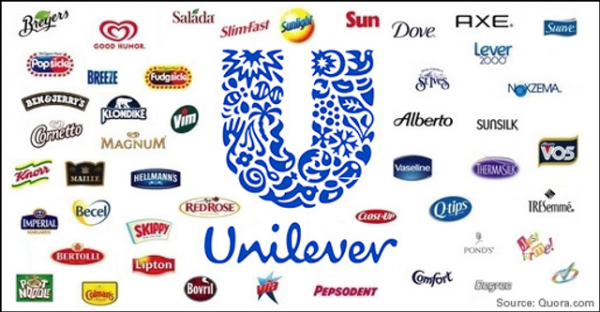 A quick look at Unilever’s stock price tells you immediately it has been a strong compounder over the last decades.

I once looked at a house in the Netherlands where the seller had been working for Unilever since 1981. He was selling his small row house and moving into a luxurious area with detached houses. I assume he was cashing in on the stocks he accumulated over time as Unilever had good option plans for all employees in the Netherlands since 1995.

So, Unilever did compound, but the past is the past. We as investors have to look into the future, or at least try.

Here is a video comparing Unilever’s intrinsic value and expected investing returns to Nestle and Kroger that both offer higher returns.

Perhaps the best way to look at a business is to take a long-term approach because it is what it usually gives you the best feeling about the business. Unilever’s 10 years charts come in handy for such a perspective.

What we see is revenue stagnation as turnover declines in Europe is stable in the Americas but fortunately grows in emerging markets. Given the sale of the spread business and heavy investing is beauty, food revenues are declining, beauty revenues rising while home care remains stable.

Another negative for the business is that the company made more acquisitions than disposals and it still didn’t manage to reach significant growth while the acquisitions eat up the cash flows and force higher debt levels.

They have significantly lowered their investment spending.

And, to make matters worse, long-term debt has ben going higher and higher.

Given that the company increased its net debt level from 6 billion EUR to 24 billion EUR over the last years, I would not buy the free cash flows stated above. If those would be real free cash flows, that they mostly used to pay dividends, then the debt would not have gone up at all.

So, I would argue that the free cash flows with Unilever are equal to the dividends paid at best because the acquisitions are more of a sustaining than of a growing nature.

The number of shares declined from 2.9 billion in 2010 to the current 2.6 billion so we cannot say buybacks were significant and would cover the debt jump.

From my perspective, Unilever is a business that is not enjoying the perks it had 20 years ago when Eastern Europe was booming, when the population in Europe was still growing and global growth was much less competitive. These days, all kinds of new brands enter into Unilever’s market and what does an old company do?

An old company like Unilever disregards the new and sticks to the old. In July 2020 Unilever boycotted Facebook. Of course, silently they have returned because they must focus on the new and not the old. I somehow feel they got that too late, if they got it at all.

I needed to do the above exercise to see what to use when calculating Unilever’s intrinsic value. The intrinsic value of a stock is the present value of all the cash flows that company can deliver to shareholders in the future. Given the above discussion, the necessity to spend on acquisition to protect its position, I figure, all that Unilever can create of value for shareholders is the dividend so I am going to use that in the valuation.

I have created 3 scenarios, the normal case where the dividend grows at 2% per year for the next 10 years and I have assumed a terminal value dividend multiple of 20 which would be a 4% yield. Given the situation with Unilever, the growing debt, the story reminds me of AT&T.

I think that due to the growing debt and increased competition, Unilever’s required dividend yield might be above 5% in 2030. With a 10% discount rate that I usually use for comparisons, I get to an intrinsic value of 26.36 EUR.

Here is the template if you want to play around with estimations and find your required return.

In the best case scenario, where they reach faster growth and the market is happy with a 4% yield in 2030 I get to an intrinsic value of 37.56 EUR and if I think social media competition will hit Unilever hard, then I am looking at a present value of just 17.19 EUR.

Of course, a 10% discount rate is not for everybody, so Unilever’s stock valuation improves a little bit if I use a 5% rate but I am still below the current stock price which makes Unilever risky and expensive.

My valuation is much more conservative that what analysts think of Unilever, but I am an absolute investor and not a relative one. Which means I focus what gets into my pocket and not on earnings that could be the result of accounting moves or based on debt that don’t really increase long-term value. Due to the debt growth, one can’t use earnings as a measure with Unilever. Fortunately, some analysts are a bit more conservative like me despite the averages being positive.

The difference in earnings estimations for 2021 is staggering. The most positive estimation is for 7% growth in earnings per share while the negative one sees earnings declining 0.9%. This just shows how difficult it is to invest but the best thing we can do is to be conservative and invest in a way that whatever happens we are ok.

My thoughts are to leave Unilever to pension funds. Additionally, Unilever’s management was so proud in 2017 to have rejected Buffett’s $143 billion takeover bid, $54 per share. Almost 4 years later, Unilever’s stock is whare it was back than thanks to Buffett’s offer. Now it is clear, Unilever’s management knew how in case of a takeover by 3G and Kraft, their tenure at the company would last as long as mayo on a hot summer day.

The stock price is a bit higher than the offer of $54, but the market cap is actually lower due to the buybacks. Unilever is a company that I would describe as existing to feed the management’s needs. Again, leave it to pension funds that must own it due to its size, the truth is that nobody cares about you as a shareholder there. Nestle and Kroger look like better investments for the retail investor.