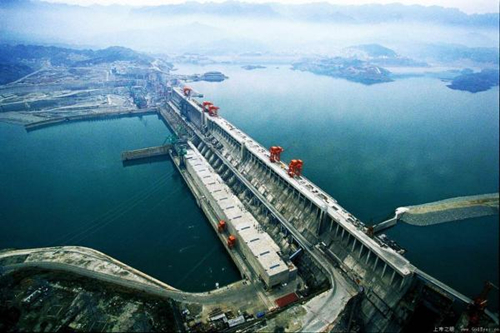 China Yangtze Power stock (SHA: 600900 – LON: CYPC – 10 shares 1 ADR) represents an ESG stock or sustainable investment opportunity as it is the largest hydro-power producer in the world. It owns and operates 4 large hydro-power dams on the Yangtze river in China.

So, if you are interested in low risk, good dividend paying sustainable investments in emerging markets, CYPC stock might be for you.

CYPC has been normally traded on the Shanghai stock exchange under the ticker SHA:600900 but is also traded in London under the ticker LSE: CYPC since a GDR listing in September of 2020. One GDR represents 10 Chinese shares.

The stock has been a compounder over time, slow and steady with a healthy dividend pay-out. It is about hydropower across the globe so if that interests you, this could be one to follow.

The recent listing in London – really fresh and interesting exposure for a state-owned entity historically listed in Shanghai – is also a way to avoid the mumbo jumbo going on between the US and China.

CYPC is simply the largest hydropower company in the world that operates four mega power stations in China and has also a global business focus (CYPC owns 3 Chinese plants on the below top 12 global hydropower plants list and a smaller one).

For now, CYPC has 4 hydropower stations.

The last capacity addition was in 2016 as CTG restructured and sold the assets to CYPC. You can see below the jump in production from 2016 onward.

There are two huge new projects in the pipeline, but the projects are owned by the CTG subsidiary Three Gorges Jinsha River Yunchuan Hydropower Development. I haven’t found any mention that CYPC will acquire the projects when those are completed but it is possible as CYPC is the vehicle used for operating the dams on the river Yangtze and the same flow of assets happened in the past.

Apart from expanding in China, the company is also investing globally to increase Chinese presence. A recent acquisition was Luz Del Sur, a power producer in Peru that they acquired for $3.59 billion.

If you want to check a nice company overview you can directly download it here so you don’t have to navigate the complex Chinese investor relations pages.

All in all, CYPC is a nice business, ‘slow and steady environmentally friendly’ is what I would call it. Let’s see how the financials might fit your investment thesis.

CYPC is a slow grower under the Peter Lynch stock categorization. We can’t expect miracles on yearly growth, but you can expect growth as the company’s strategy is to leverage its good credit rating and liquidity availability to make acquisition globally. I expect this will lead to growth over time, slow and steady.

Since the last acquisition revenues have been flat, but the 2015 acquisition did increase the dividend and free cash flows more than it increased the number of shares outstanding.

Given the strong connection to the government, long-term contracts and stable business nature, Fitch rates CYPC as an A+.

So, we have a financially stable business, that will likely grow over time as it uses its low financing availability to make global acquisitions. The main return you can expect is in the form of dividends.

The pay-out ratio increased after the 2016 acquisition and has stabilized at 70%.

This leads to a stable dividend of around 0.68 RMB per share or 68 RMB per ADR which translates into $1 per share in dividends for an approximate 3% yield at the current CYPC stock price of $30.

I will use the dividend to make a valuation.

Assuming a 4% dividend growth rate over the next 10 years, and a 5% required long-term yield while using a 10% discount rate given that is my minimal required rate of return, the present value of CYPC stock is $18.

If I put a 6% growth rate and a 4% expected dividend yield in 2030, I get to a value of $24 for a 10% required rate of return. In case things get bad, growth disappears and CYPC is valued with a high single digit yield, the stock can easily crash down to $10 for a 66% drop, but his only in the worst-case scenario which includes the following risks:

When comparing to my other publicly analysed stocks that you can find all the links to the analyses below, CYPC is among the most expansive investment opportunities. However, it is also among the most environmentally friendly – Here is their last sustainability report. See how it fits your portfolio.

If you have gotten value from this analysis, please subscribe to my newsletter to get updated on new interesting stock analyses.