You can’t invest in KHC with Buffett 6

I have analysed KHC already in April of 2018, when the stock price was $57. In that video I discussed how the company: 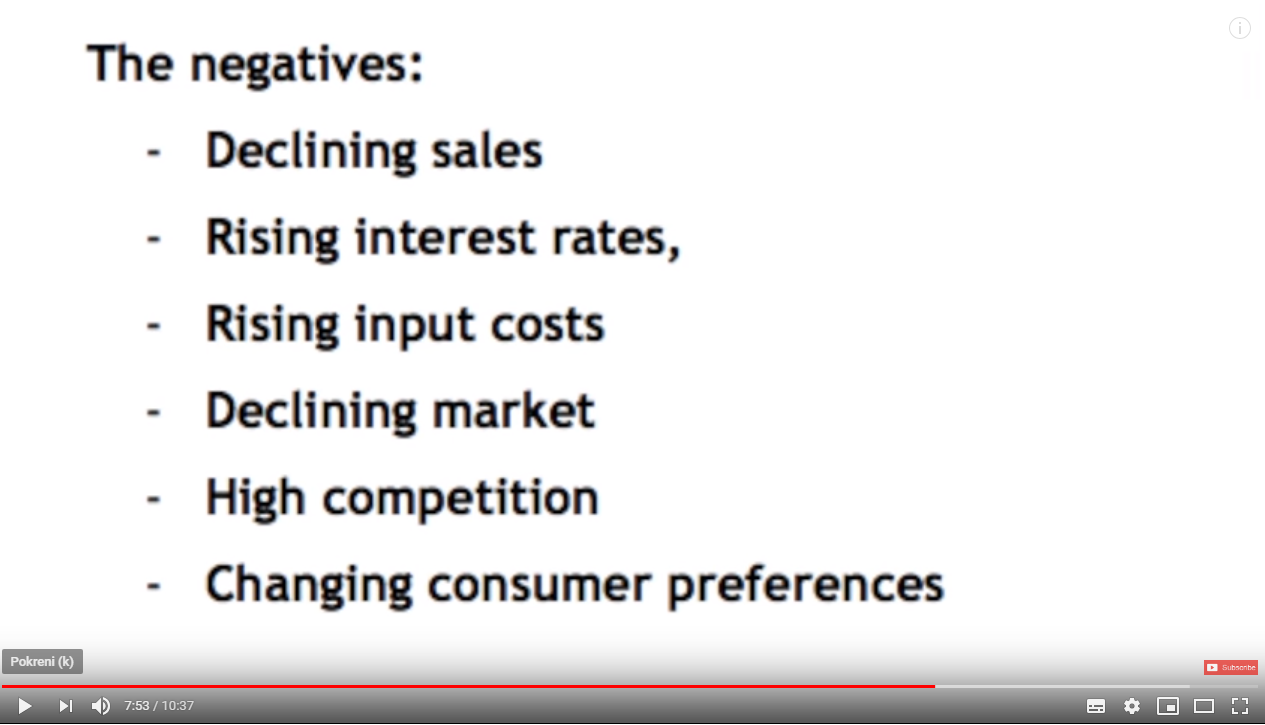 And the positive findings: 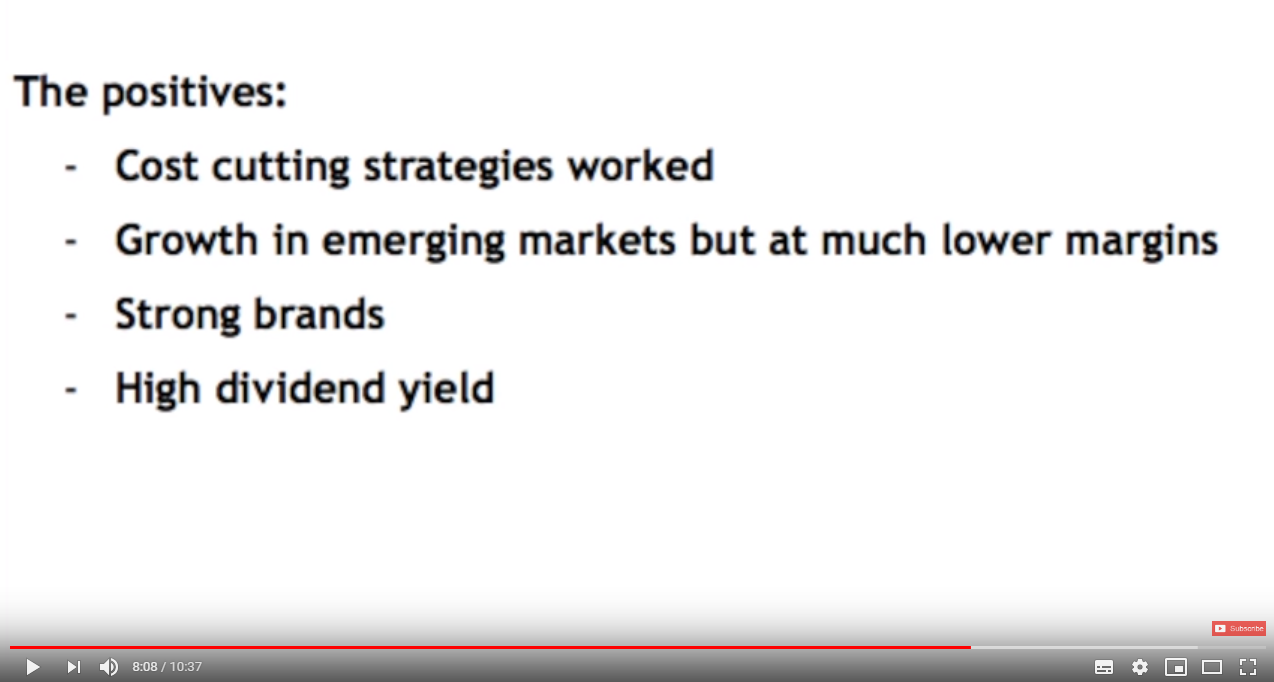 My conclusion was that I would take another look at KHC if it hits $41, as it did hit exactly that with its 52week low in December 2018, which is pure coincidence. However, it is time to look at it again just to recheck what has been going on. 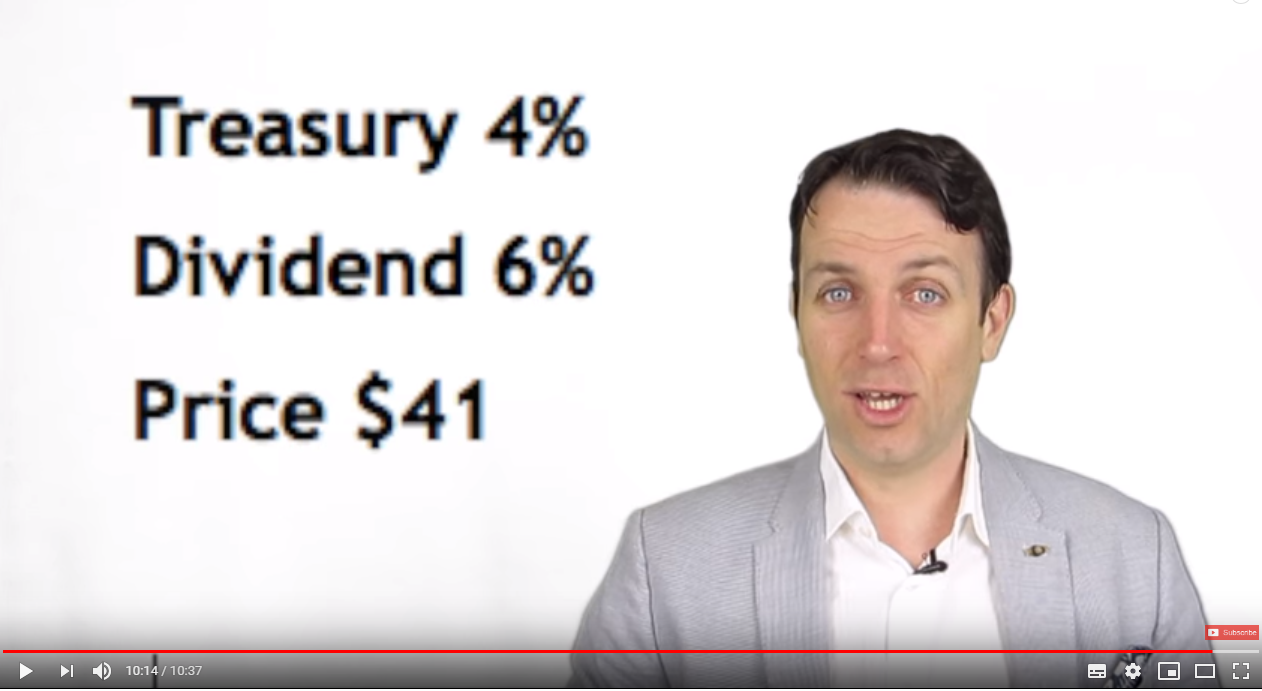 At the current moment, KHC’s stock is a bit higher, but that doesn’t really matter much if the long story is intact. Let’s check the fundamentals. 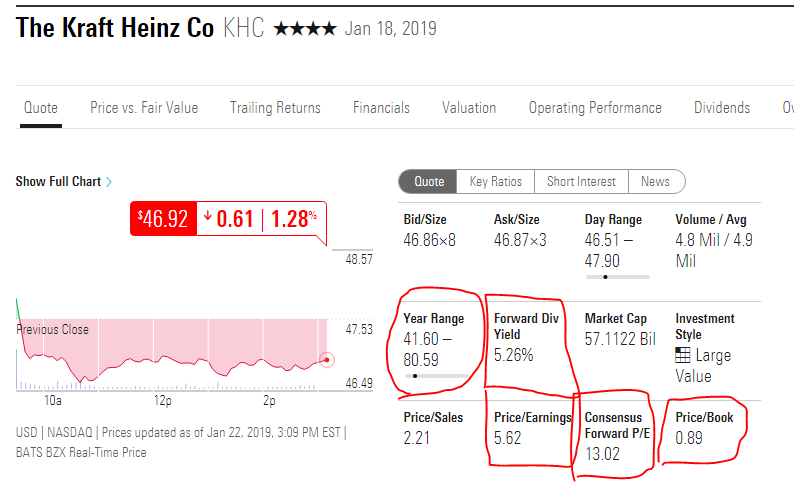 The forward expected consensus PE ratio is 13, this should lead to a 7.69% earnings yield. Price to book is below 1, so this looks like a value investment. Definitely one that would fit Benjamin Graham’s investing formula. However, goodwill is $44 billion and intangible assets are $58 billion. Together, those two make 85% of total assets. Tangible book value is just $7 billion with $7.5 billion in current assets. This doesn’t make it a value investment anymore. 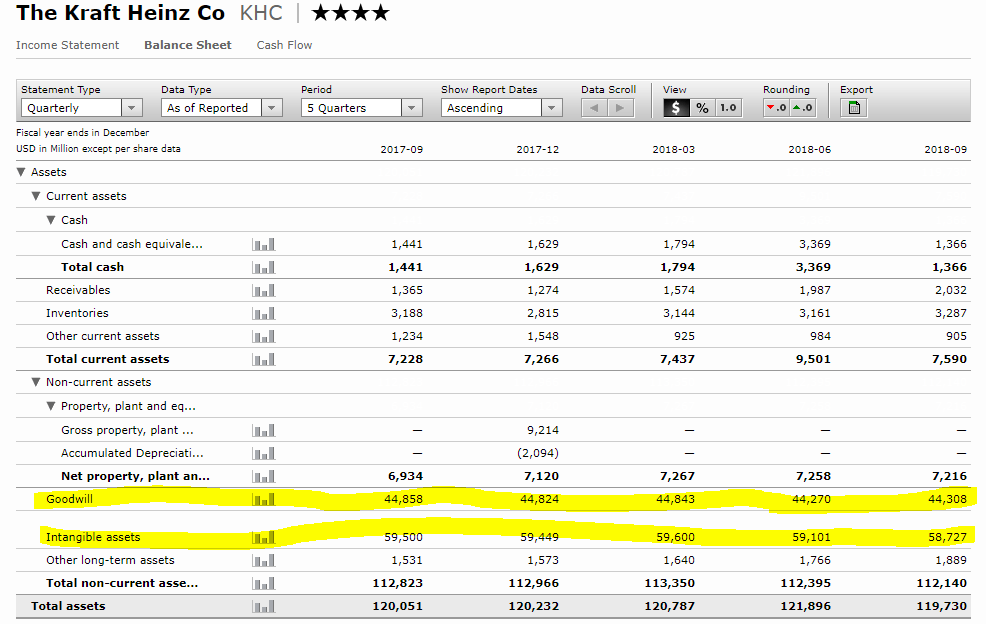 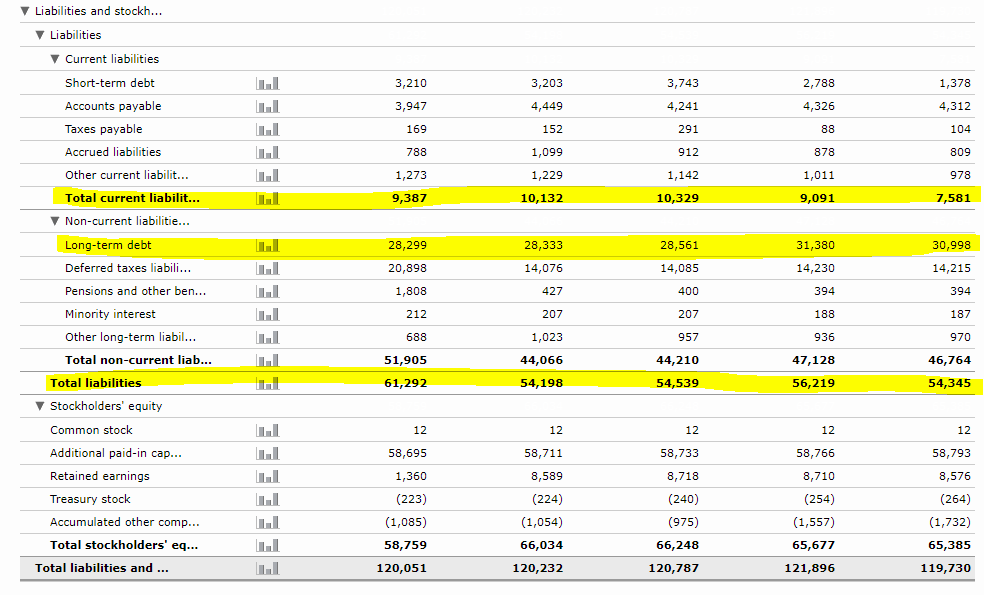 Total revenue is $26 billion with high gross margins that signals it is all about brand with KHC.

KHC is focused on growth and trying to make a turnaround of the business. I start laughing when I see such a company using the words “innovation pipeline”. 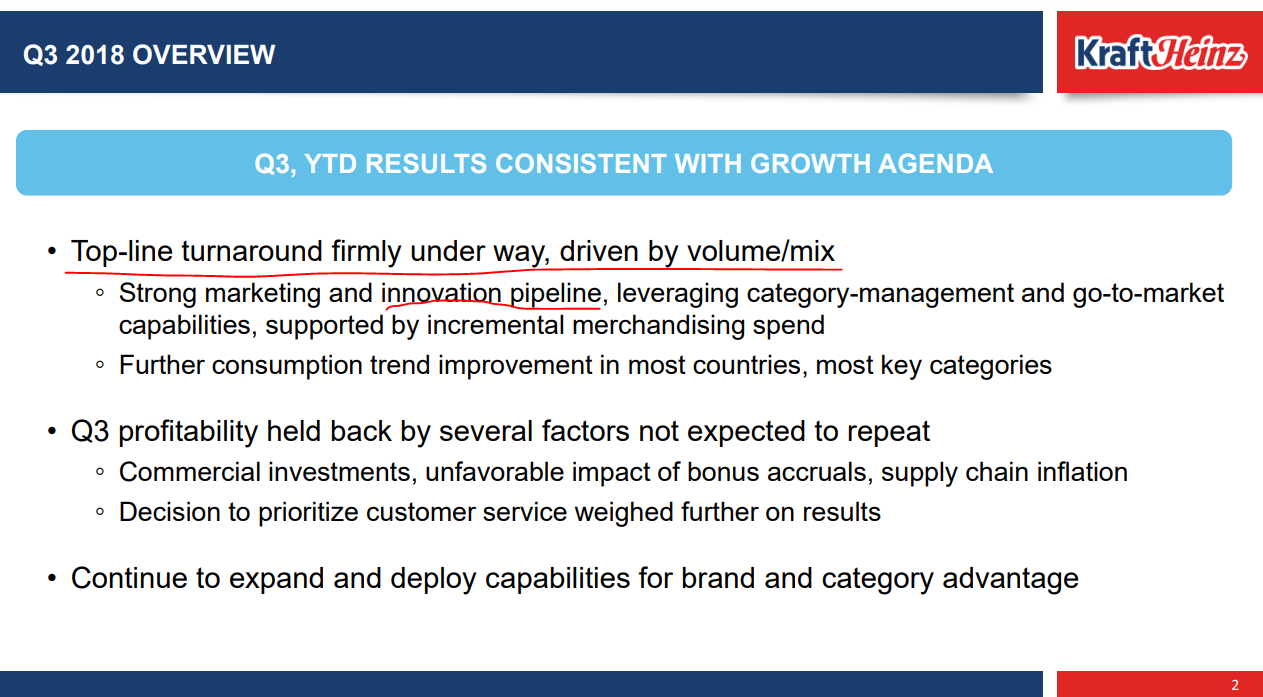 Do I see increasing dividends for the long term? Unfortunately not. And this is the key with KHC. I think most investors are still dreaming of what had been going on during the last 40 years, up till this decade with companies that scale globally, see constantly growing revenues and increasing dividends. Those times are probably over but, the best way to analyse a business is to test it, what are KHC’s risks? Competition, commoditized pricing, loss of brand awareness, and weak international traction, so, let’s go to the store.

Check video on YouTube for that part (store starts 5:10)

My store conclusion is that KHC has turned into a cash cow, that will deliver cash flows to shareholders with ups and downs. Not a great investment, but an ok investment at a lower price.

The question is – will people buy more? Is there a moat that will lead to higher earnings, pricing power? 20% of sales come from Wal-Mart, that is under pressure from all the other competitors out there, a little bit from Amazon and Whole foods, a little bit from Aldi and Lidl, a little bit from the new sexy yoghurt invented by this or that influencer and slowly you do not grow, or it costs much more.

Their strategy is growth at all costs, which could even lead to shareholder value destruction, and a PE ratio of 13, is certainly not attractive for me. So, now that KHC is down to $46, was down to $41, I can firmly tell you I am not going to invest in it not even at $30, probably not even at $20 because I am looking for great businesses, that can reinvest their capital at a high rate of return. As for Warren, I think he was a bit biased by his love for Ketchup while Sergio Lehman from 3G managed to convince him the downside is limited, which it actually was for him, but don’t expect miracles there.

You can’t invest in KHC with Buffett

Just a note on why Buffett’s downside was limited, he acquired his stake in Heinz in 2013 but didn’t not pay much money upfront, $4 billion in cash and $8 billion in preferred shares that payed a 9% dividend. No retail investor can make such deals and don’t forget that interest rates were close to zero in 2013. 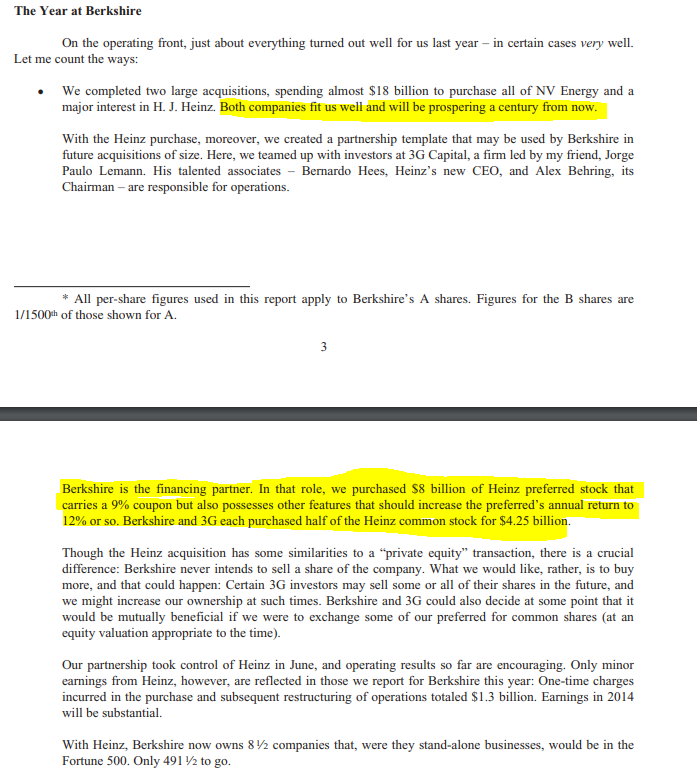 Similarly to the Coca-Cola story, Buffett was looking at the stock for a long time before buying:

“This is my kind of deal and my kind of partner,” he added. “Heinz is our kind of company with fantastic brands.” Buffett added, “but I have a file on Heinz that goes back to 1980.”

In 2015, Kraft merged with Heinz and Buffett and 3G bought additional shares by giving $10 billion to Kraft shareholders in the form of a dividend and got equity in return. 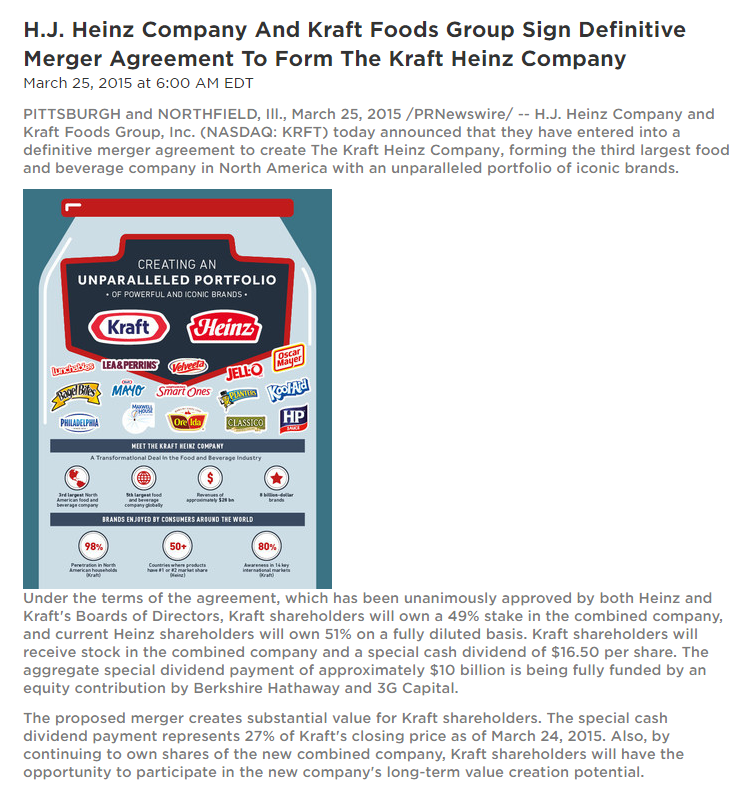 Buffett still owns 27% of the company, which cost him $9 billion in pure cash ($4.25 for Heinz and another $5 for Kraft’s dividend), $8 billion for preferred Heinz shares that gave him two years of 9%, or 3 years. Let’s say the value of that is $8 billion. To summarize, Buffett invested $17 billion to get to 27% of KHC, the market cap is $57 billion thus his stake is worth $15.39 billion. He will probably get $800 million in dividend for that per year now. As 6 years have passed since he acquired Heinz, his invested capital is probably around just $10 billion in the company. I assume he will get that money back over the next 12 years through dividend and this is why Heinz, and later Kraft are a Buffett kind of deal. He will not lose money, there is a chance he makes money, but that chance is not going to lead to great returns in the future. This is ok for Buffett and it also shows what kind of an investor he is. So, Buffett’s entry price, taking into account the dividend going as high as 9% in an 0% interest rate environment, is around $30, not $45.

Consumer trends are always difficult to predict, and were much harder to predict 6 years ago. Buffett invested with a margin of safety which I don’t see at the moment for current investors. A lot can happen which means that practically anything can happen. KHC’s brands are not that strong in the world and preferences are changing. So, we will see. As for me, I prefer different plays, with more value and positive long term trends.