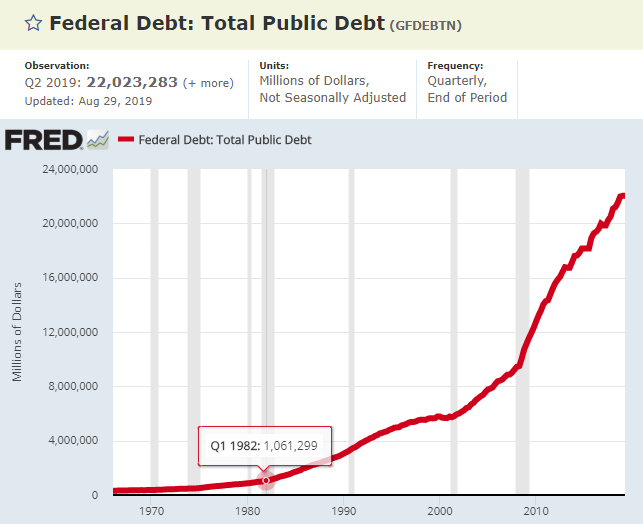 The Global Economy is Full of DEBT

This article is an excerpt from a comprehensive economic report for investors that can be found here: Comprehensive Economic Overview For Investors by Sven Carlin, Ph.D.(it is FREE). If you prefer watching, here is a video.

The Economy, Debt and Productivity

With $246.5 trillions of debt, the environment is full with debt and according to Dalio, and common sense; we are at what should historically be explained as the end of the long-term debt cycle that could lead to an economic crisis.

The main long-term driver of economic growth is productivity. If there is more knowledge, more technology, more people and more capital invested in development and education, productivity increases and the economy expands. However, productivity increases as education increases, in a broad sense. Unfortunately, education doesn’t grow fast enough, plus developed countries’ demographics aren’t helping either due to aging. This leaves debt as the only option to keep up with global growth. As we all know, debt is a vehicle where we renounce future spending for current spending. Thus, something that unavoidably reverts in the long-term.

Figure 1 The long-term, short-term debt cycles and productivity over time

At some point in time, it is inevitable for the debt to start hunting you back. It is actually what is already happening in the United states. The country has to borrow more just to pay interest on the previously consumed debt. Thus, the debt is not used to build schools, improve medical care or something that is adding value. No, the debt is used to finance interest. Let me give you a short overview of the global debt environment that will also show the unsustainability of large public debts and deficits.

The Elephant in the Room – DEBT

Debt, both public and private has skyrocketed globally over the last decades. In the US, public debt, that does not include future, but certain and growing, liabilities for healthcare and social security (add $25 billion discounted to the present day), has increased 22 times since 1982. It might not be a coincidence that the S&P 500 has increased 30 times since then.

Figure 2 US total public debt has been exploding

The slow growth of productivity, population growth and increased global competition, leads to a situation where to enable growth, governments, corporations and people, have to reach into debt, more and more debt, to sustain economic growth. No government wants to be the bad government and put a stop to this, so they keep printing money and lowering interest rates to create a financially stimulating. This is called pushing on a string.

The pushing on a string can work for as long as there is trust in the currency. For now, given the abundance of money, there is also high demand for government debt, albeit often financed by central bank printing. The best example of how unsustainable this method is can be shown by looking at how 50% of the US budget deficits is used to pay interest on previously issued debt. A scheme where one has to borrow to pay interest on previously issued debt is often called a Ponzi scheme. But, for now, there is still trust in the environment.

When you have to borrow to pay interest, your debt burden can only go higher. The CBO projects US budget deficits to remain at 5% of GDP for longer (more than one trillion $ per year) alongside slow economic growth. Keep in mind economic growth projections never include unavoidable recessions.

Now, the key investing thing here is that there is not much panic around the world related to the above, clearly unsustainable, debt issues. Why is that?

Why is there no debt panic? The AHA moment! Economic crisis

The first reason why nobody is panicking, is that debt has been exploding all around the world. So, like with kids, the main mantra is: if they can do it, I should do it too.

Japan didn’t see much economic growth lately but also trust in currency hasn’t been really lost, there is little inflation, at least, there is no inflation in the way the governments measure it.

The second reason why nobody is worried about the debt, is that, for example, interest rates in the United States, are extremely attractive when compared to the rest of the world. If everybody has loose financial policies, all currencies trade within an equilibrium without sudden collapse. Further, cheap money allows for high competition that lower prices and subdues inflation. For example, shale oil production in the US has not made a positive return to shareholders on aggregate. Thus, all the businesses surviving are thanks to cheap money. This increases competition and pushes oil prices lower, no matter the profitability.

Figure 7 Most developed countries have interest rates below 1%.

Thirdly, low interest rates and high deficits offer a strong support for the economy. Thus, with unemployment going lower, increased competition and global technology development keeping prices low, we are not seeing the above described environment as dangerous.

The fourth reason why nobody is panicking is of a psychological nature. Ray Dalio has been warning about the debt cycle and an imminent recession for half a decade now, but nothing has really happened. When something doesn’t happen, people tend to disregard it as a possibility. It is like the fact that insurance sales spike just after a hurricane has struck. People need to see risk to embrace it. The last time the long-term debt cycle was risky was in the 1930s. The 1930s is something that probably nobody reading this remembers. For those that need reminding, the situation in the 1930s let to WWII.

Next article in series: The next recession