The CorePoint Lodging REIT (CPLG) is a company that got the eye of the public when dr. Michael Burry, famous for being one of the big shorts in the movie The Big Short disclosed CPLG as his largest position. 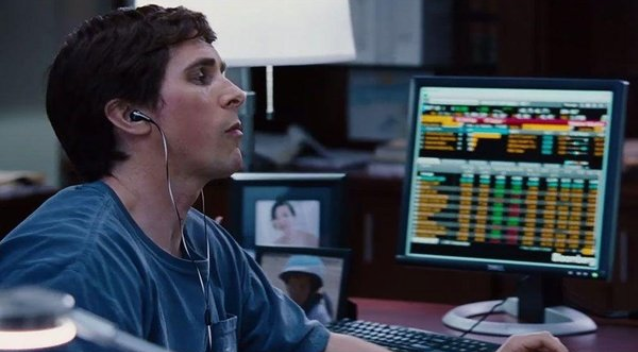 CPLG is a real estate investment trust owning hotels that belong to the La Quinta brand. It is a spin-off from the La Quinta company and the stock hasn’t been doing well since then. 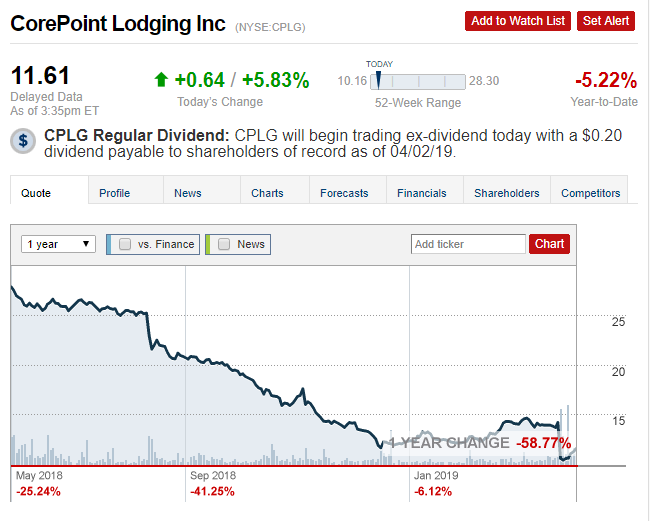 I have been reading a bit about the company because I find it interesting to dig into the reasons of why a person like Michael Burry would invest in a company like this. Since his exposure got disclosed the stock went up from the low teens to the mid teens but after the last earnings report it tumbled again. 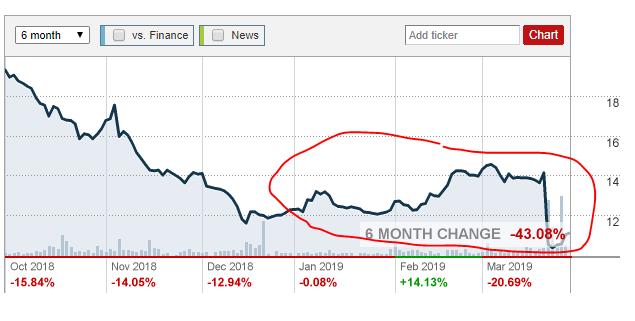 Let’s see whether there is value and a good investing opportunity or at least why would Michael own it.

The hospitality industry is a complex one where it all goes around room values, revenue per available room (REVpar), occupancy etc. But at the end, for investors, it all boils down to cash flows, like with everything else.

CPLG has 40,115 rooms, a market capitalization of $665 million and debt of $1 billion. When we add everything up and divide by the number of rooms the value per room is $41,505 including the debt and market capitalization. ADR is $90 and REVpar is $59 due to the occupancy of 66%. 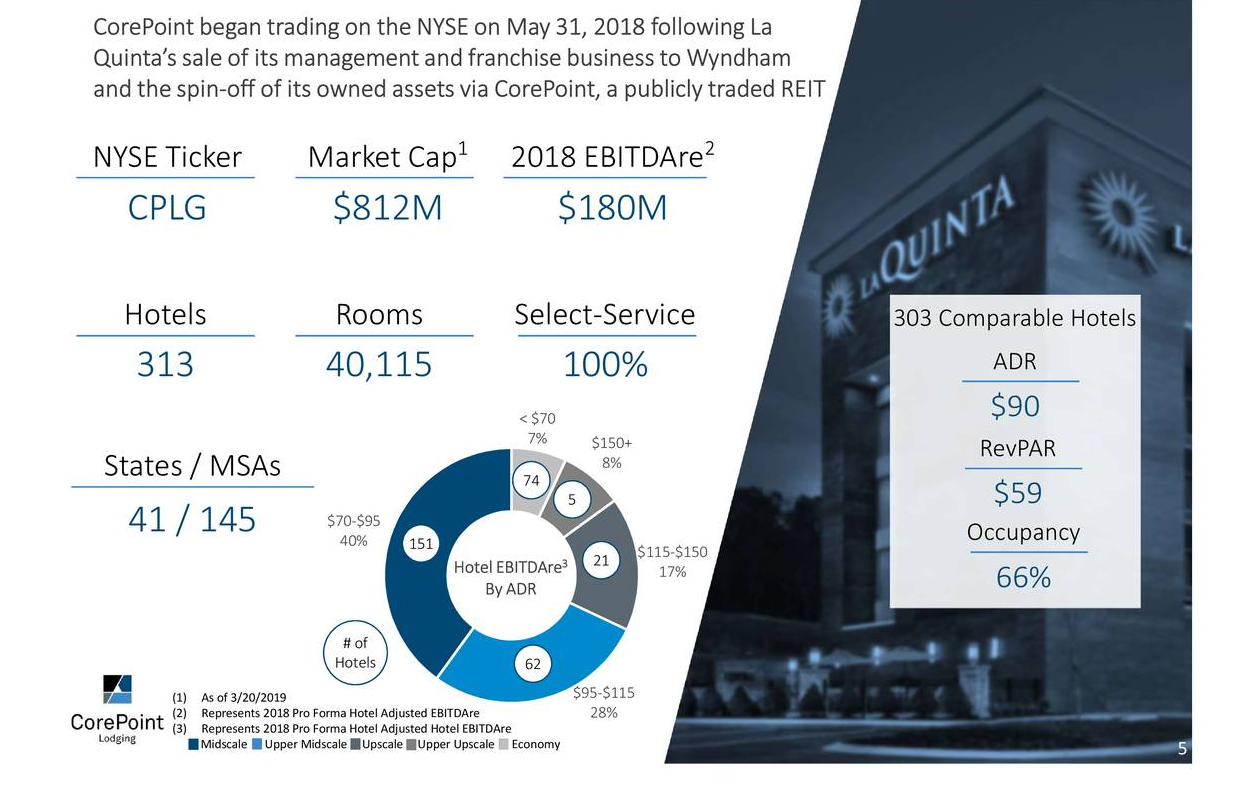 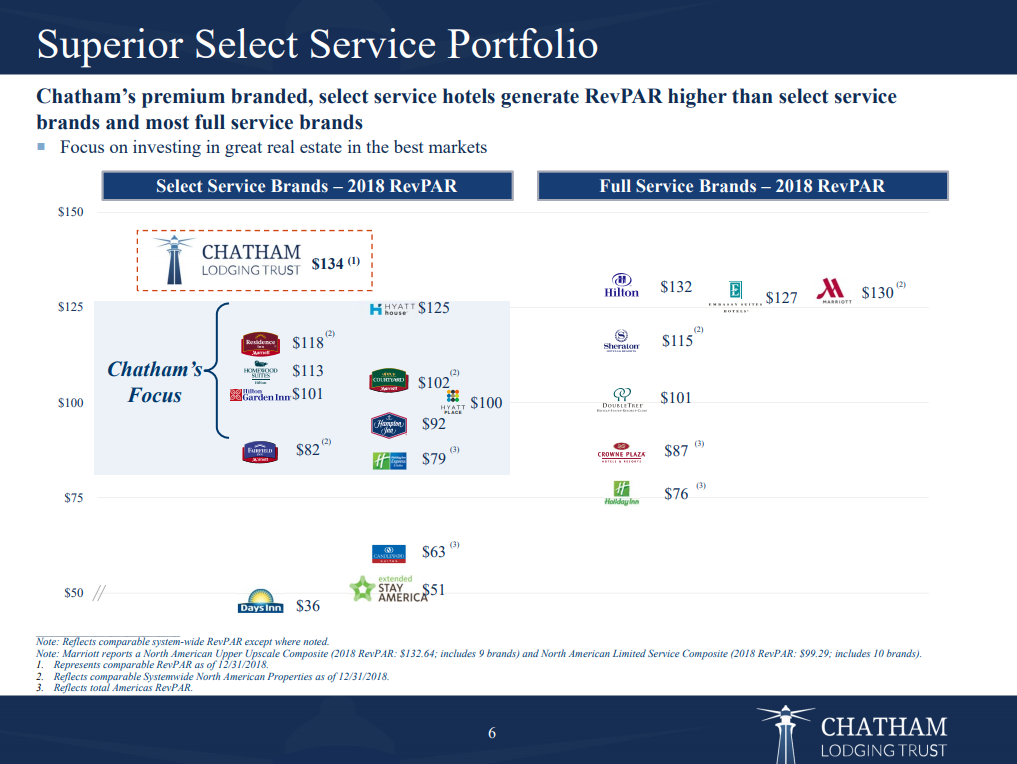 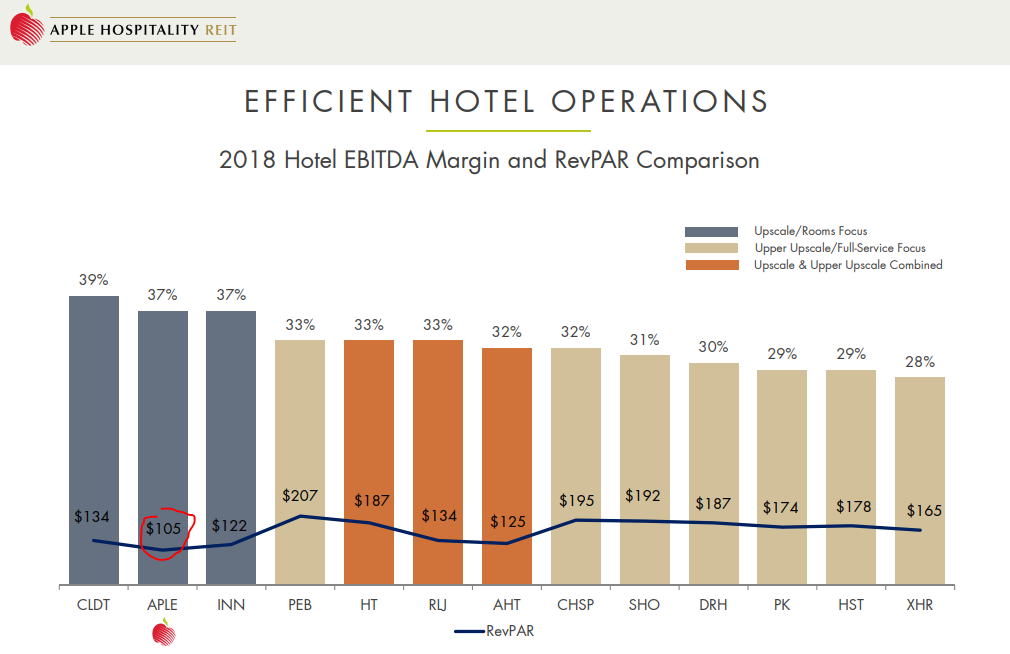 However, it all boils down to times funds from operations, Apple’s is $400 million, Chatham $130 million with a bit more of debt, so the $900 million market cap.

$165 million for CPLG where the market cap is $665 million. So, it is cheap from this perspective.

The point is that it will not go bust as interest costs are $50 million, it will hardly go lower but the upside is high, plus you are buying a hotel room for $40k.

In private hands, with RevPar of $59, should give $21k in revenue per room per year. $40k for Apple and $50 for Chatham. This means CPLG has room for improvement and higher margins or the margins are much lower. 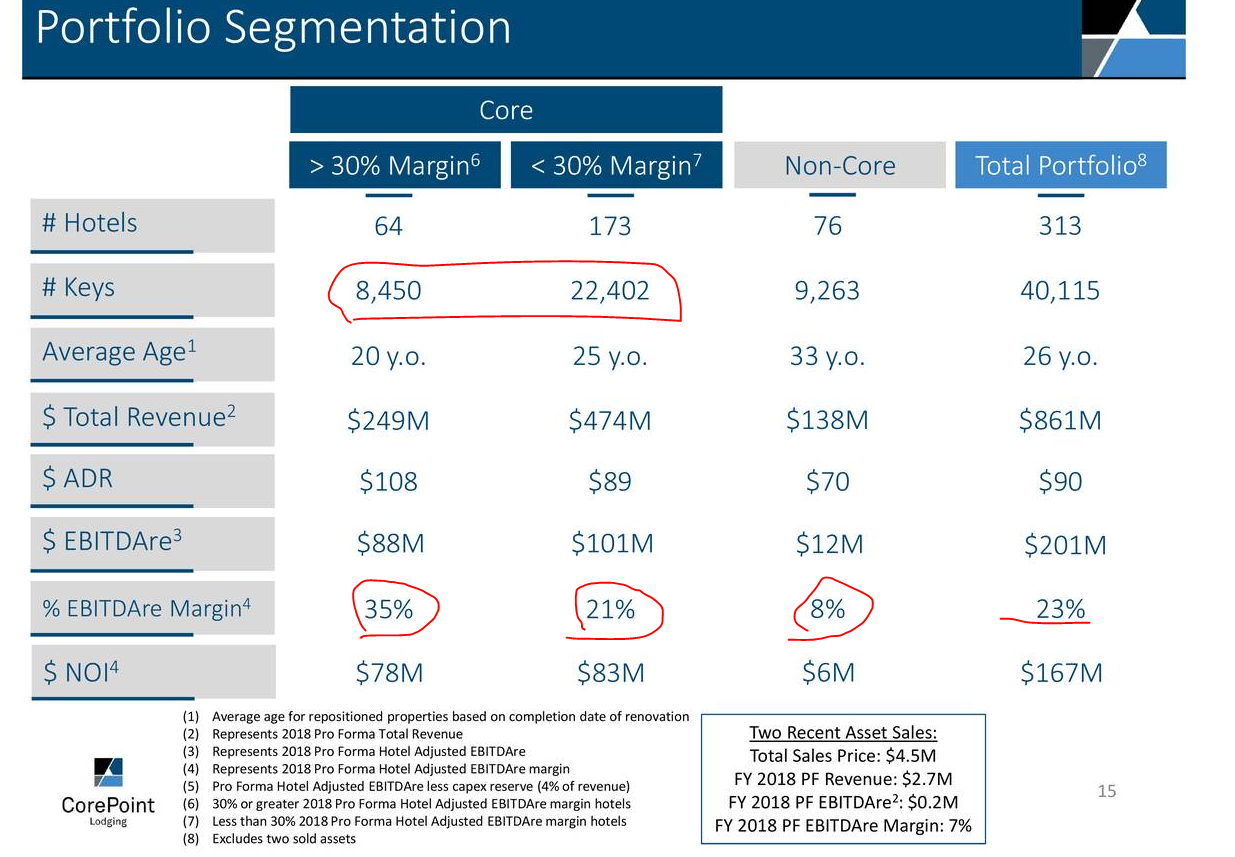 The core part of their business brings 94% of the EBITDA while 24% of the hotels bring in the rest. By disposing or changing the non-core hotels, CPLG can improve its ratios and make itself look better. Plus get some money to do buybacks or to pay down debt. 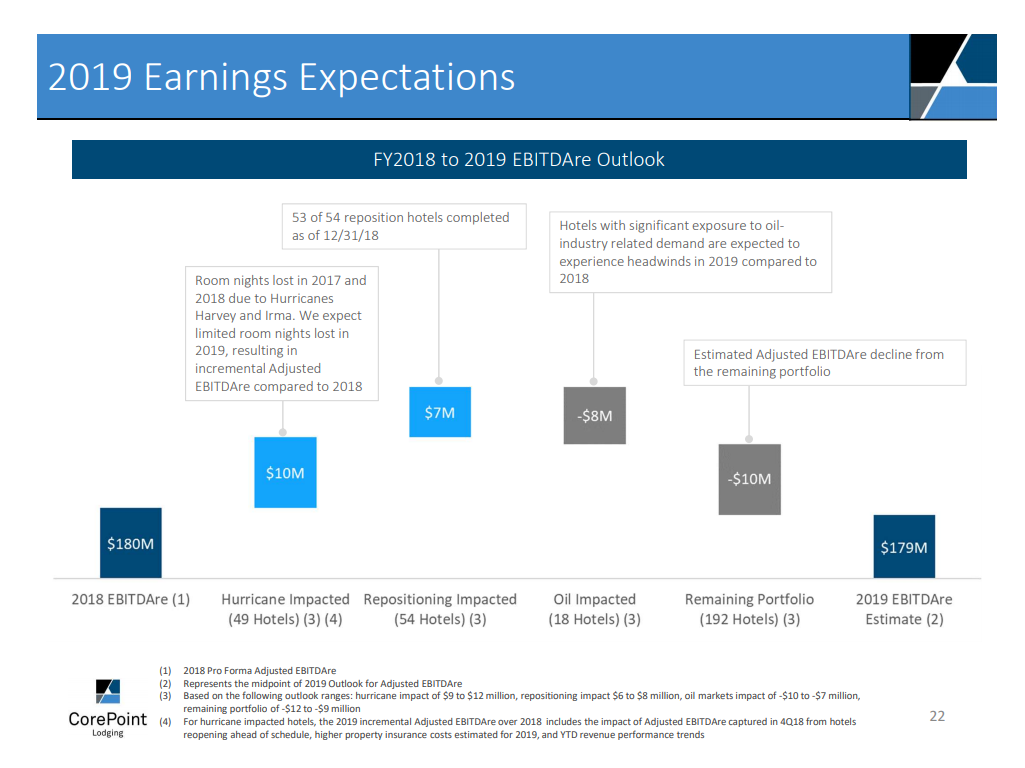 – 8% to 9% of revenue goes for capital expenditures,

$180 million in EBITDA minus $77 million in capex for 2019, minus $60 million in interest rates should give me cash flows of $43 million that on a market cap of $700 million is a return of 6.1% which is in line with the dividend yield, or just below it. The buybacks of another $50 million make this look attractive but this is not a business yielding 15% as the company without asset sales will not have an extra $50 million to do buybacks. However, value can be unlocked by selling the properties.

The asset value is supposed to be $2.4 billion according to HVS. This is also what is on the books. Given the current market capitalization, there you have already a 50% discount. You are practically buying hotels across America with a 50% discount. Book value of assets $2.4 billion, debt $1 billion, value = $1.4 billion. Market cap is $700 million. 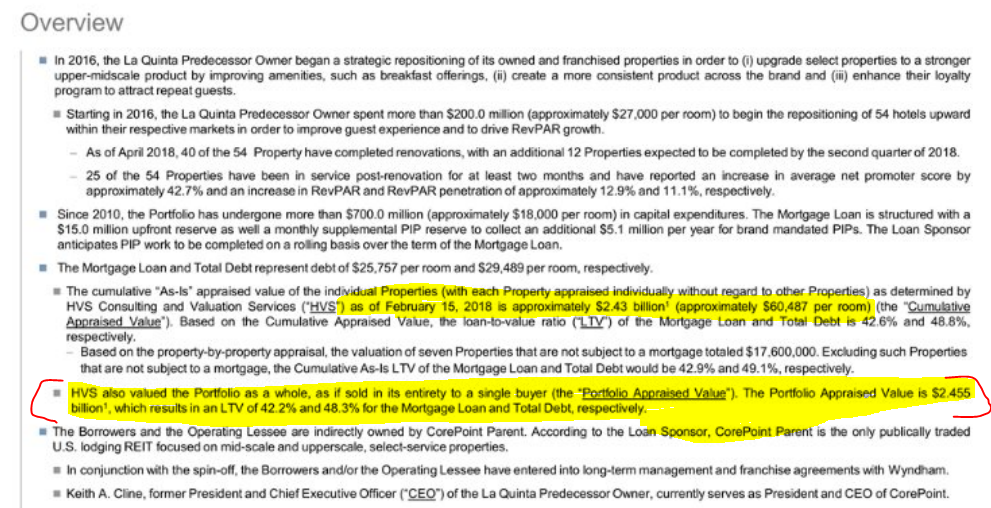 I went to look at the list of what they could sell and found the following. 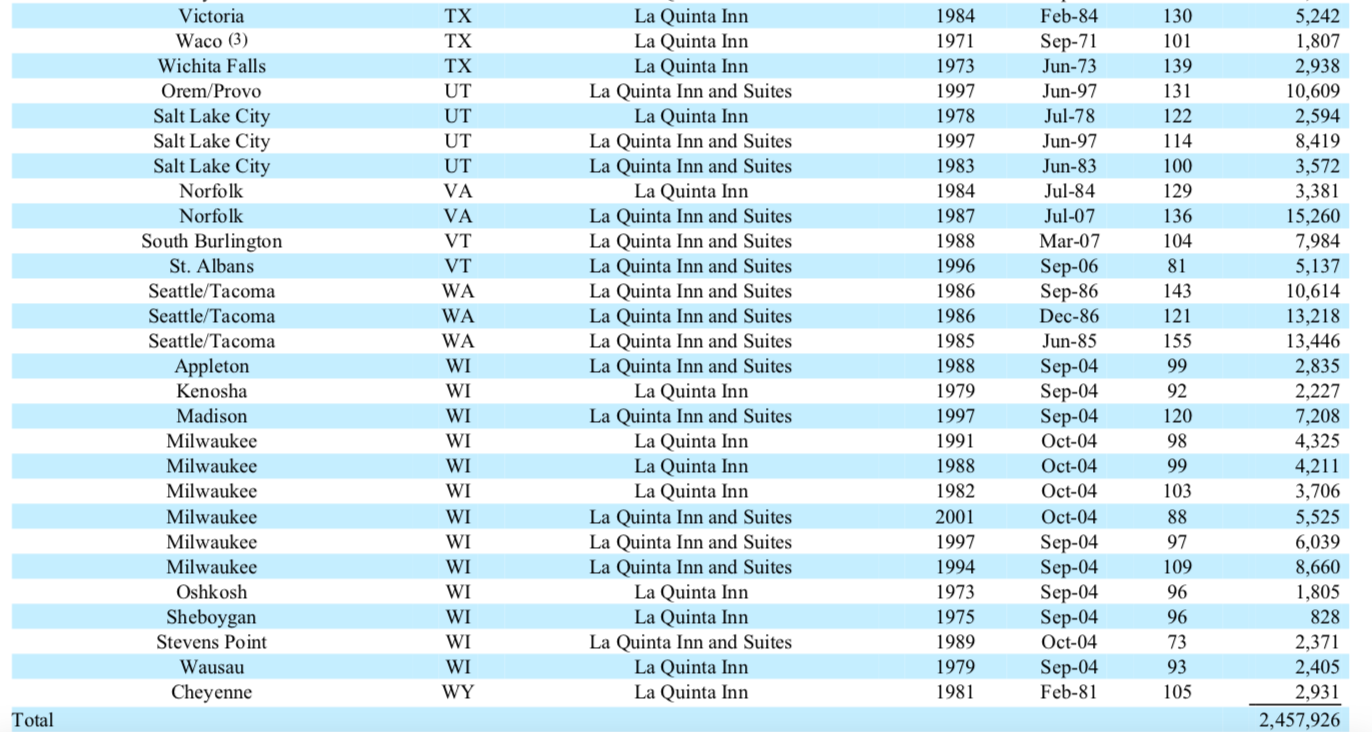 On top of the discount of 50% there might be more hidden value. For example, their hotel in Sheboygan is valued at $828k and was build in 1975, refurbished in 2004. However, with 73 rooms with a starting price of $75 I find it hard to believe the value of it is only $800k. That would be $11k per room. So, there might be a few tens of millions in hidden assets lying around in these properties, probably just the land will be worth as much. 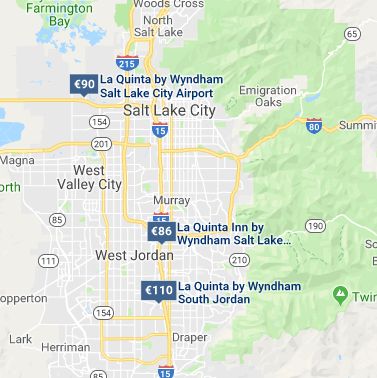 One of the hotels was built in 1997 while the other two are 20 years older, therefore the higher value. We must also not forget that many hotels were refurbished in the last two years that should also increase the book value.

The point is that if the management manages to unlock value, transform the potentially good properties and get rid of the bad for a good price, one could expect nice things to come from CPLG. If someone pays $2.4 billion for all the portfolio, that is a market cap of $1.4 billion or double the current level.

However, without going into a detailed value analysis of all the hotels, there are some potential catalysts lying in plain sight.

Since the La Quinta merger with Wyndham, the customer loyalty base will expand fourfold which could increase revenue and occupancy. 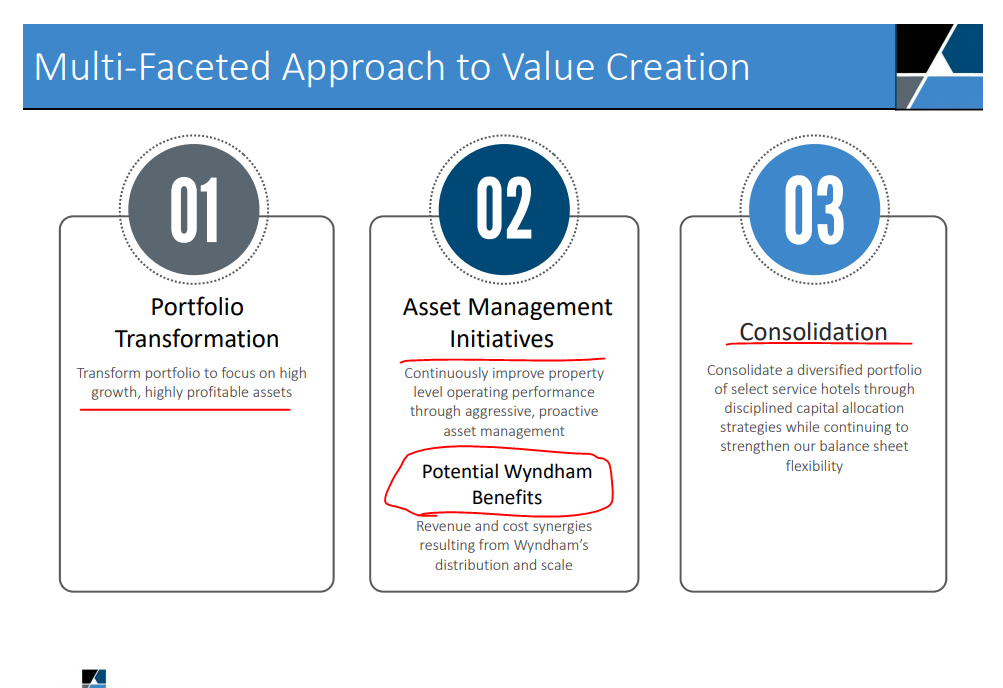 So, if CPLG improves revenues or EBITDA by just $20 million, those $20 million would improve cash flows from $43 million to $63 million, allow for a higher dividend or buybacks and therefore for a much higher stock price. Given the book value, there is a margin of safety with high upside situation here. That is in my opinion what dr. Burry has been buying. 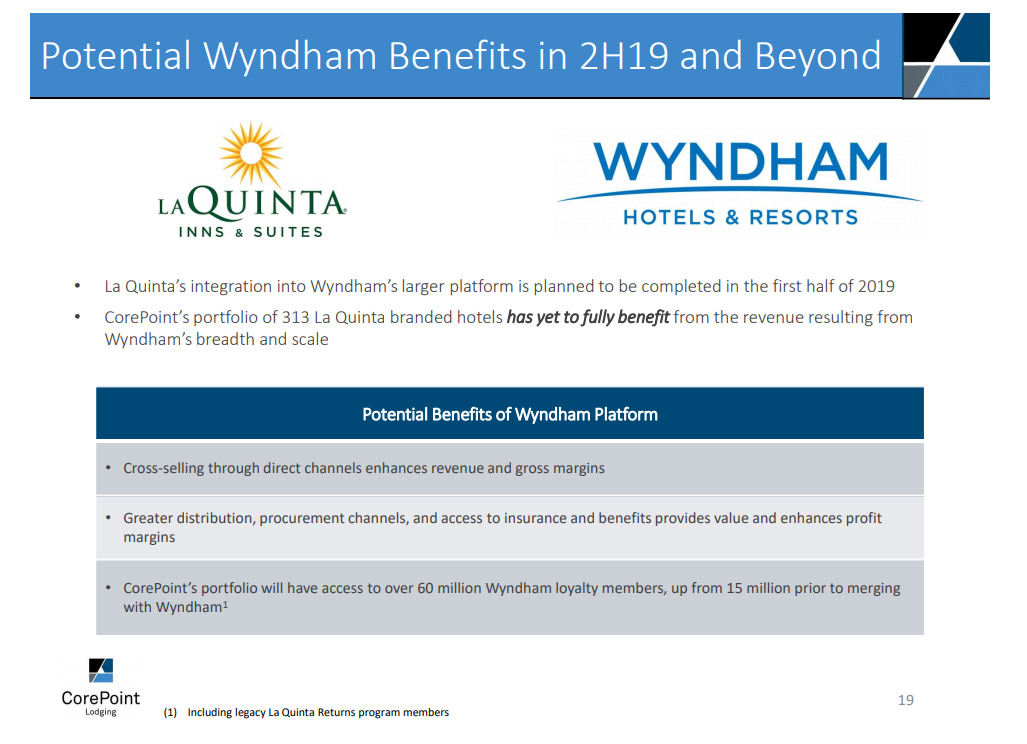 Plus, it is a spin-off and if not performing immediately well, most previous owners ditch it. Only one analyst has been at the last conference call, so nobody is following what is going on which might make it go under the radar. If and when cash flows improve, it will get recognized.

The main risk for CPLG is an economic slowdown. Less travel, less business would lead to lower revenue and lower cash flows. However, higher margins offer some kind of resilience in case of a recession. 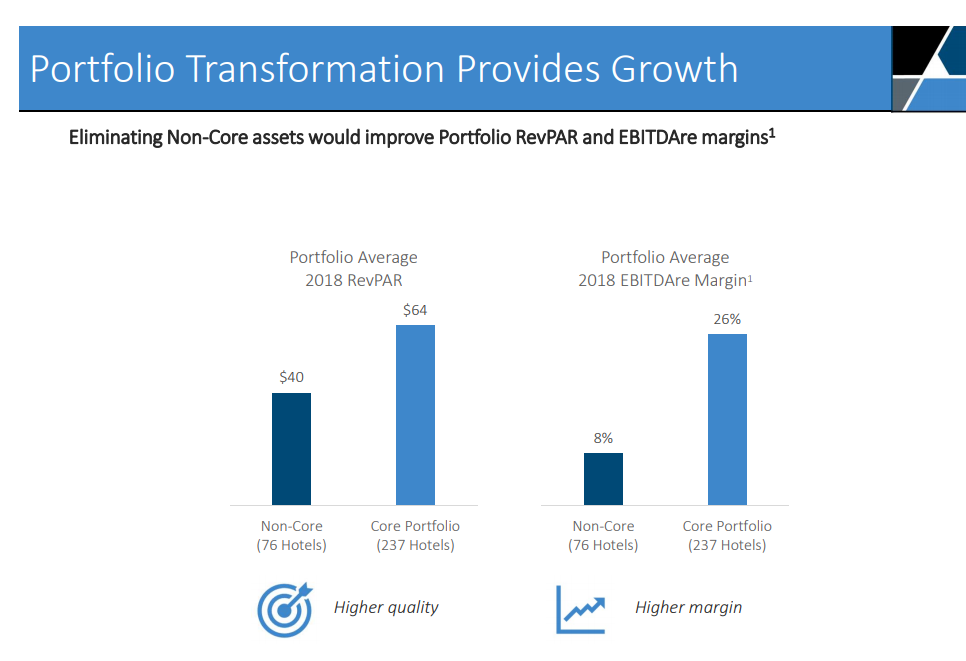 But, CPLG should get rid of the low margin hotels as those would produce losses in case of a slowdown.

I managed to find LaQuinta’s annual report and in their risk description they tell how revenues declined 17% in 2009 and EBITDA 30%. 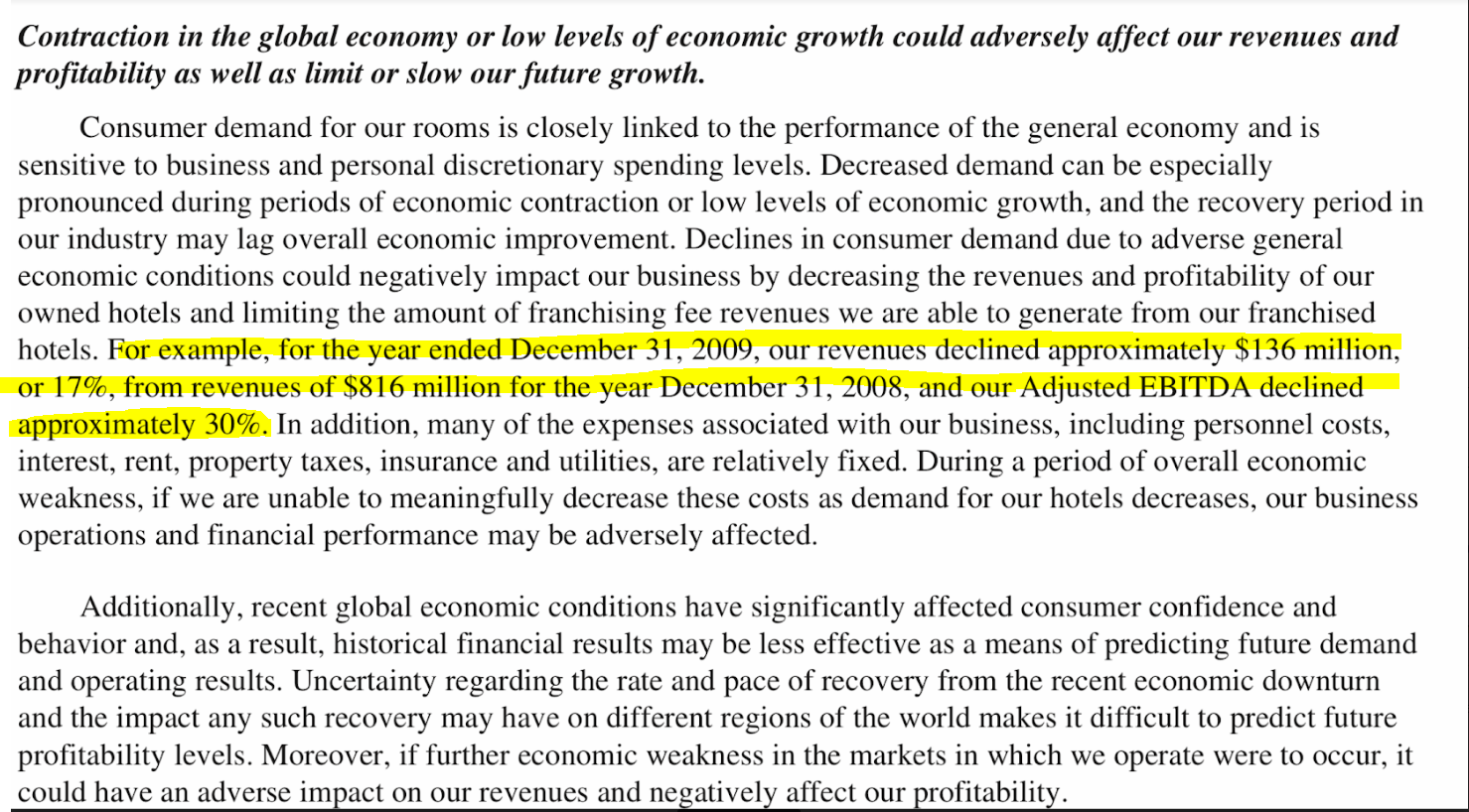 As CPLG is a different business, a decline of 17% in revenue should hit it hard as the EBITDA would be gone practically.

Something that the investing community might have missed is the government shutdown that will certainly impact hotel revenue when those disclose them in Q1 2019.

However, as long as the situation with the economy remains as is, we can expect stability and slow managerial improvements for CPLG. The question is what will come first, recession or value unlocking?

The debt is always a risk but you never know how will the current leveraged situation unfold over the long term. The FED has paused with interest rate hikes, we might see cuts which makes it impossible to predict. It is unlikely the government will let half of America go bust. Too big to fail all over again…

I am not going to invest in CPLG now as I look for a 15% return and CPLG offers a 7% return from the cash flows. When they improve their business, the cash flow yield might go to 10%, which would probably double the stock price, but stock price moves, especially short-term ones are not what I invest in.

From a dr. Burry perspective, this will probably not go bust, in case of a recession it will survive where the dividend will probably be cut and that is it. The value is there and over the next decade it will be unlocked given the management’s focus and freedom to do whatever after the spinoff. It is a value investment where over the long term you will hardly lose money, you are exposed to the American economy and if the value unlocking happens fast, you might also see higher stock prices in the next 12 months giving you great returns. If not, you still get the 6 or 7% yield.

To conclude, CPLG is a good investment offering value and a margin of safety with potential upside. It is a dull business so a perfect fit for value investors. See how it fits your portfolio, I am going to put it on my watch list to see where it goes and compare to other investments out there. If it goes to $20 during this year, well good for dr. Burry.